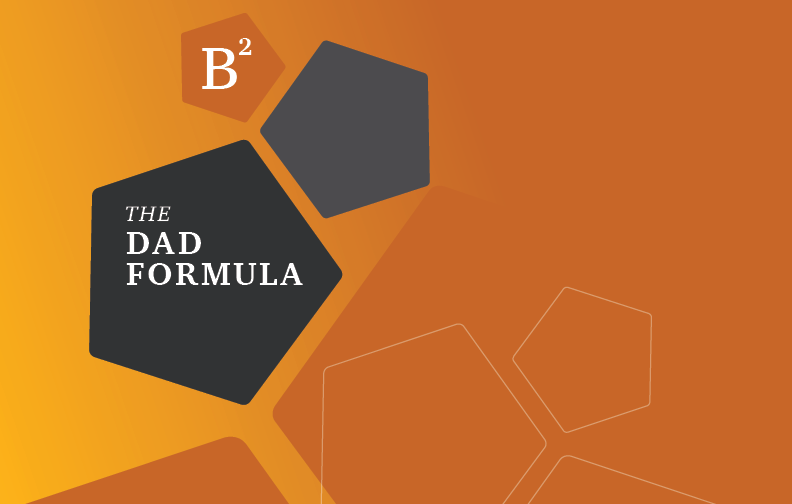 Or subscribe with your favorite app by using the address below

There’s this story of Will Smith, where he goes skydiving. He gets up there and he’s just scared to death. And he tells this story abut what happened when he was up there. So the guy that’s jumping with him tells him that they’re jumping on three. “Ready? One… and the guy jumps out with him. He made him go on two, not three.

Well, it’s like that with everything – before you go on stage, before an important meeting, before you make a big life decision, before you become a Dad. There’s really never a good time, you just have to break from the comfort zone and do it!

We’re so addicted to the past – to comfort – to the way we’ve done it. Becasue we don’t like it when we don’t know what the outcome will be.

You see, that’s the whole issue with these mid life crises that you see – it’s a thunderstorm happening – cold and hot air. Your wants are getting stronger, but your energy levels are lowered – your testosterone is down.

You think, “I want it, but…  I don’t want to do it. Because I’m comfortable.” So it’s a battle we’re fighting inside us.

Being worn out physically, but wanting more emotionally or mentally.

A CEO I was talking to recently, sits in my office and says: “You know Tom, my default is just staying in bed. I’m thinking of selling everything and just moving into a one bedroom apartment.”

This is so common with guys. Less so with women. Guys hit this point where they’ve busted their butts, then when they get a chance to just BREATHE, but they’re freakin’ tired. You swam out to the middle of the lake, but now you’re too tired to enjoy it – you just gotta sorta half-swim back!

And it’s not just middle aged guys this happens to. It’s more common, sure, but it happens at any age. It’s REALLY common after an exciting life change, typically an achievement. Something where you say, “I DID IT!” Like your dream job, your new house, a baby… Right Dads? But then you go, ”what’s next?” and your energy is deflated because you worked so hard to get there.

So here’s how you fix this:

Get out of that rut where you feel that you hit a wall – that this is it. Especially when you’re older with those lower energy levels. You have to believe that there really is more to achieve, because the truth is, there will ALWAYS be more to achieve. But, do set your sights a little lower for the next go round, okay?

When we had each baby, of the ten kids, each birth was less exciting, which is to be expected. But I put myself into the mindset of enjoying each one more, and I did. Not the birth itself which is brutal all the way around, but the time after. The first few days. The first babies were an exciting but stressful, scary experience. The later ones were just wonderful. It’s a different mindset.

Don’t be afraid of feeling contented. SO many guys are scared to death of that because they think, “Hey, I’m happy. I’m really content… OH CRAP! Is my drive gone??? Is my hustle gone? Well, no, it isn’t.

*** And in fact, being more content actually puts you in a position where you CAN accomplish more if you want to.

People think that success is driven by fear. “Burn the ships! We HAVE to make this business work!”  Wrong. No, fear is only what motivates people to ACT. Big difference. What makes people succeed is being content, because then you’re operating from a place of healthy hustle, not toxic busyness fueled by fear. As long as you can motivate yourself to act while you’re content, you’ll be a success.

Here’s the second way you solve being worn out physically, but wanting more emotionally or mentally. Second, and this is the most important thing. When you’re hitting that thunderstorm – where your wants are conflicting with your energy levels…

If you don’t deal with life proactively, life is going to deal with it for you.

Life has a way of doing that. If you’re unhappy, stressed, have anxiety, depressed… then…. you get sick. You mess up your marriage. You get fired from your job.

You need to make your own decisions before life does it for you.

So when you’re worn out physically, but wanting more emotionally or mentally, you have to find ways to deal with it, and my solution in #1 above will help you. That was: lowering your expectations, getting into the right mindset just knowing and believing that there are SO many exciting opportunities and adventures out there in life that you can do as a Dad.

This is what I want to give you for your takeaway today. Hit decisions head on. Make the decision to do it. And deal with life proactively and you’ll keep those thunder clouds away!